Shanghai has achieved a lot in the past 5 years. Looking forward to Xia’men in 2022: Interview with Mr LUO, Jie, Vice Chairman and Secretary-General of China Sporting Goods Federation 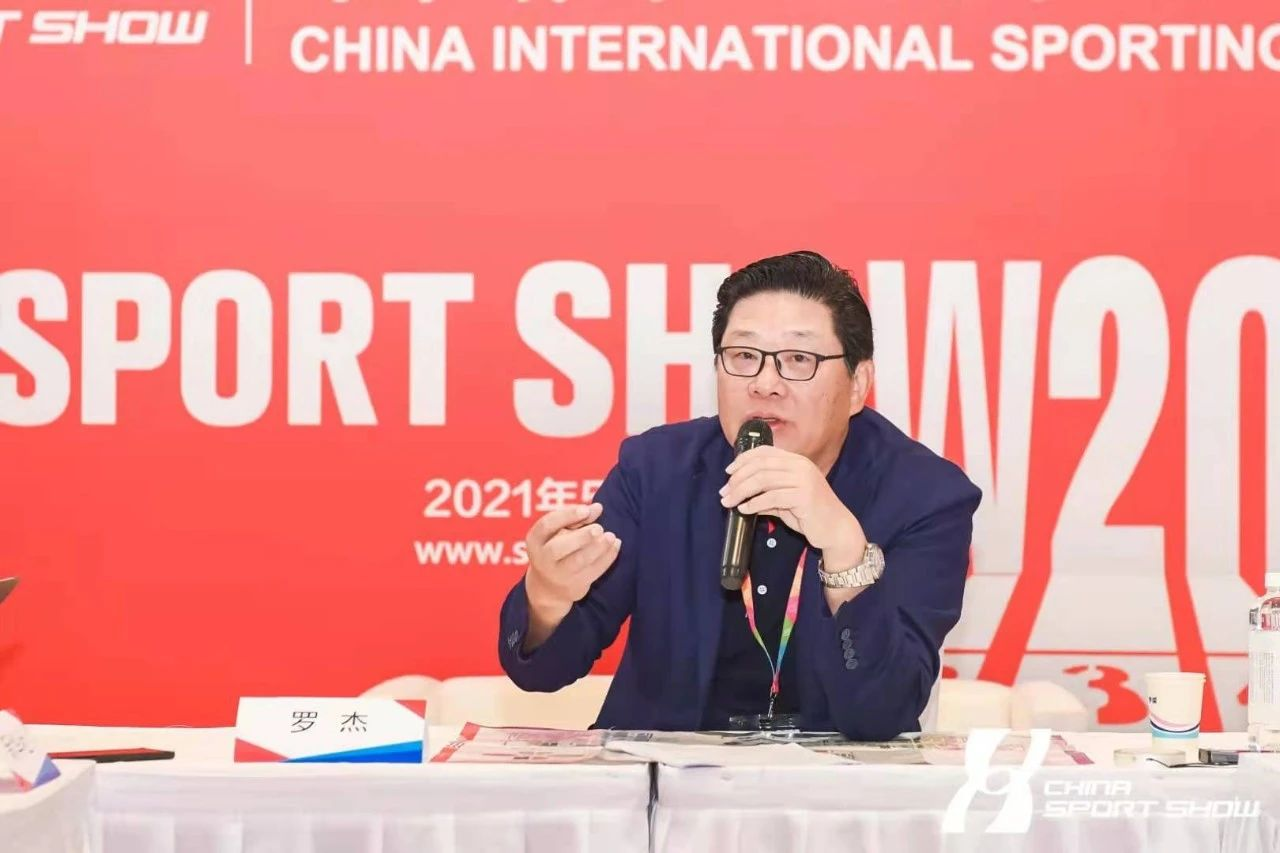 Shanghai has hold 5 consecutive years of China Sport Show until 2021.
China Sport Show will be moved to Xia’men in 2022, which will bring new challenges and a lot of unexpected possibilities.
According to Mr Luo, the Vice Chairman and Secretary General of China Sporting Goods Federation (hereinafter referred to as CSGF), China Sport Show has achieved its goal for the past five years in Shanghai, and is full of expectations for the upcoming trip to Xia’men.
01 The road to development of China Sport Show from Shanghai to Xia’men.
Since moving to Shanghai in 2017, CSGF has set several goals: to reach the historical peak of China's sports exhibitions in terms of scale, to increase the degree of participation of buyers and the public gradually, to preserve the world-class quality of exhibitions, and so on.
Mr Luo believed that in the past five years, the above strategic targets have been achieved.
He said, “On the one hand, China Sport Show has helping thousands of Chinese sporting goods manufacturers to build a platform in order to show themselves in front of the world. On the other hand, it will become a window for the world to understand the Chinese market better.”
Mr Luo implied that with the continuous expansion of the comprehensive influence of CSGF and advancement in the development of the sports industry in various regions, the demand for regional and multi-segment exhibitions has further increased. In the future, the business may turn into situation of "Taking China Sport Show as the core key and developing into multiple series of special exhibitions ".
"In the second half of the year, we will focus on creating a B2C oriented consumer service exhibition-by choosing Chengdu as its primary location, which is also in line with our policy of opening up C-side business in recent years. Therefore, you can refer at this: for example if we regard the future exhibition matrix as a chess game, our entire exhibition brand will not only go to Xia’men, but also come to Chengdu. Under the strong local support of various cooperation models established with the government, it may fission more exhibition operations and host cities. " -Mr Luo said.
02 From Exhibition to Platform. Extension and Expansion of Manufacturing Industry
2021 China Sport Industry Summit was held prior to the official opening of China Sport Show with the motto: "achieve progress together and win at the beginning of the 14th five-year plan". The General Administration of Sport, sports associations, authoritative figures in various fields as well as experts, scholars and representatives of sports enterprises jointly discussed the high-quality development of China's sports industry.
Mr Luo believed that one of the goals throughout development of the China Sport Show is to create a platform for the ideas exchange. In order to achieve this goal, China Sport Show has made a lot of refinement in the design of its content and context.
"We hope that we will get different feedback on this platform. Primarily, the summit will be hosted by our federation, which is not a complete governmental event, and it can’t be considered as a commercial activity either. Among the guests, there will be government officials, well-known scholars, the chairmen of international sports associations and so on. They have contributed in providing different perspectives for the sports industry. " -Mr Luo said.
Mr Luo considered that in the nearest future, China Sport Show will build more diversified platforms, from macro to micro, in order to provide more versatile ideas and content for the sports industry.
03 From hardware to software, shift and upgrade of sporting goods industry
In the context of the rapid development of internet technology, this year's Expo has presented many new features. For example, compared with last year, the floor plan of fitness segment was more intelligent and scientific.
"The Mirror has become a star product in China Sport Show this year. On the one hand, it has a strong sense of technology, as if the products from science fiction films have entered our lives; On the other hand, the Mirror has reshaped consumers' perception of indoor fitness. " Mr Luo said.
Mr Luo stated that the intelligence of sports fitness equipment used to focus on hardware, such as scan code start-up, face recognition, lighting control and so on. On the contrarily for this year's Expo, a large number of fitness teaching materials were introduced such as sports prescription, human-computer interaction and other software achievements.
"The software is considered relatively more complex than the hardware itself and in the end it is the software system that ultimately locks the user." -Mr Luo said.
In addition, for this exhibition, manufacturers have invested more significant efforts in the field of segmentation.
Mr Luo said: "There are a lot of products specifically designed for the middle school entrance examination at this year’s Expo, which actually reflects a trend, that is, our industrial research and development is beginning to enter the market segment. In the past, for example, only clothing and shoes were subdivided for FMCG market. Nowadays our equipment design and manufacturing are moving in different directions by disclosing the prosperity of our whole big market. 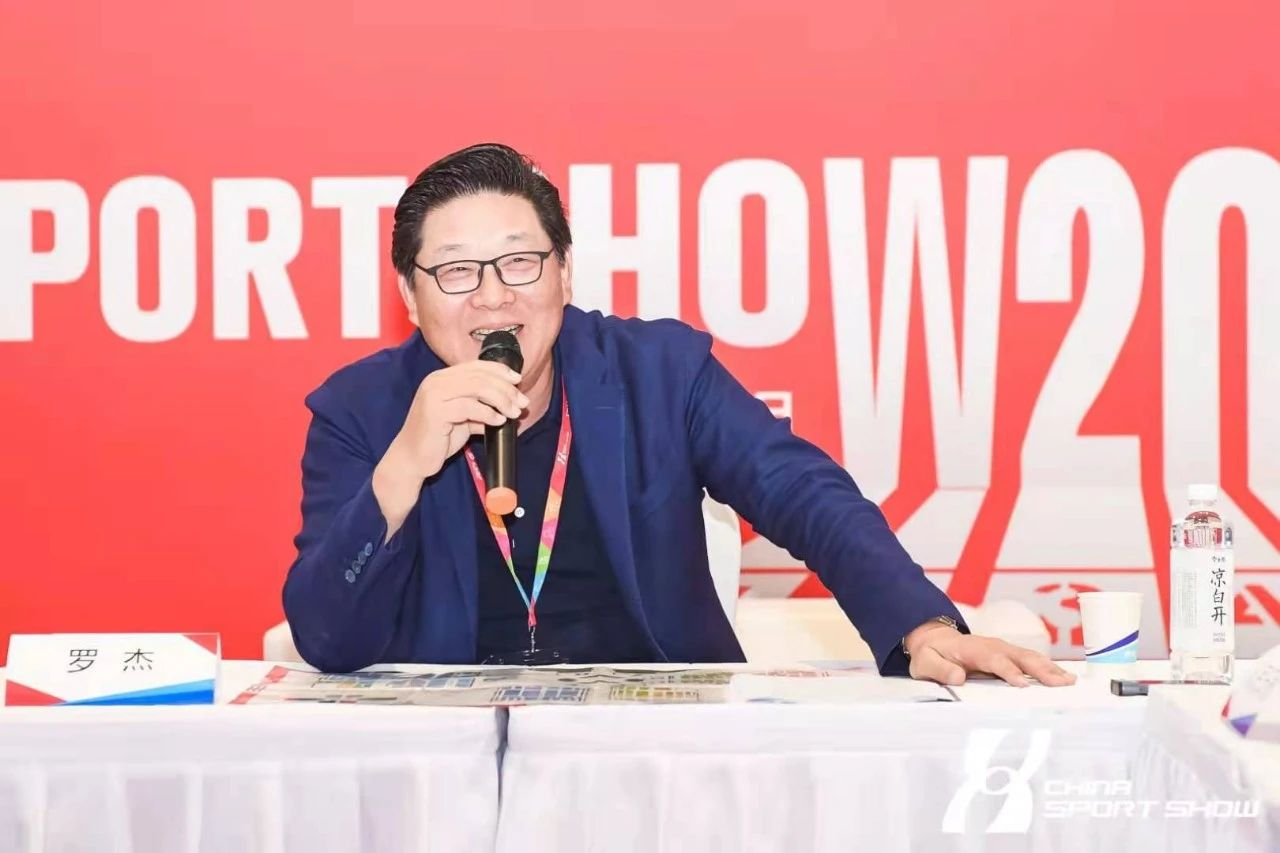